During the last census in 2004 more than 179 different species of birds were observed at the St-Bernard-de-Lacolle Regional Park.

Come and do bird watching in an enchanting site.

Click on the list to view and print the list of birds already observed, or to provide you with a reference document during your next visit.

Initially intended for members of the Association, the journal now aims to be the showcase of amateur ornithology to the general public in Quebec, and currently has a circulation of 15,000 copies. 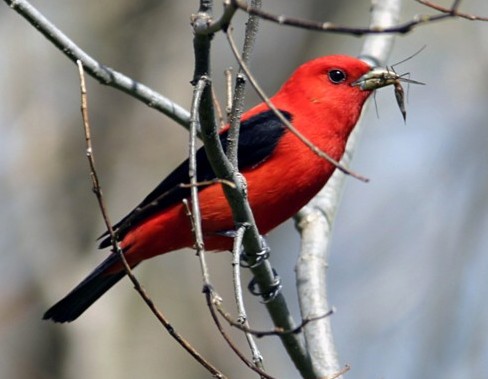 Appearance, on the Internet, of the page of rare birds of Nelson Roy, page taken over by Louis Simard. The Rare Birds Page marks an innovative endorsement of the Web by birders; it had received more than 4 million visits as of 2008.

Airing of the 1-888-OISEAUX television series on Radio-Canada: the first television series devoted to birds and ornithological leisure in Quebec. This series of programs spanned eight seasons (2001-2008) and reached some 120,000 viewers per season. Previously, the subject had only been dealt with on television in a very specific and limited way, for example in community stations.